If you are a teacher and interested in using Islamic Art as a tool for linking communities, this is for you!

I recently met up with Razwan Ul-Haq to report on his latest exciting work with schools. 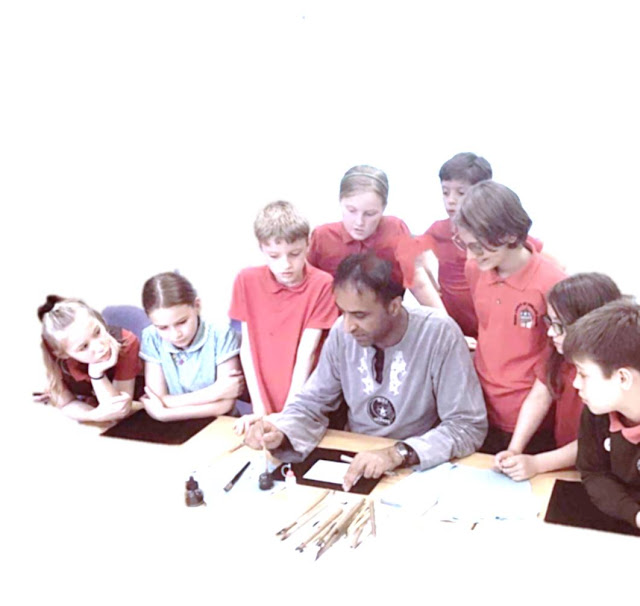 This project, led by Artist and Author Razwan Ul-Haq aimed to bring traditional Islamic Art techniques to the mainstream classroom, in addition, it explored the use of Islamic Art as a tool to achieve understanding, respect and tolerance between communities of different backgrounds. The Project was led by Heaton St Barnabas School in Bradford, which has over 90 percent Muslim pupils and a mixture of non-Muslim and Muslim staff.   Workshops were also held in a school in Hereford, at a Church of England Primary school, where Muslims were very few indeed.   This was a celebration of Islamic Art, through Arabic Calligraphy and patterns with links to Art, RE, Mathematics, Science and also Literacy, using examples of Sufi poetry.   Pupils in Herefordshire, with limited experience of Muslim countries used Virtual Reality headsets to experience life in the Muslim world.  Using Skype pupils were able to talk about shared experiences of the workshops and managed to ask each other questions about any topic they wished.
Let’s have a look at some of the experiences that participants shared and there is a link to a teaching resource you can download for free.

If linking schools that are miles apart was difficult enough, Razwan Ul-Haq and Headteachers Diane Smith from Bradford and Jayne Maund from Hereford also wanted to create a Cross-Curricular experience for their pupils!   They wanted to immerse pupils, and train teachers, with an Art led, RE, Maths, English, Science, ICT and PSHE extravaganza.

Pupils kept a log and a journal and had some great things to say:

Holmer Academy pupil:  “The Amal Project is amazing, it’s very good and inspirational…with my final piece of art I’m going to frame it.”

Heaton St Barnabas pupil: “It was a lot better than I expected. My favourite part was marbling and I’ve learnt so much. Kufic. Calligraphy pens. Mathematical ways. Marbling. Science and poetry.  Rate 20 stars.”

Heaton St Barnabas pupil: “What do I know about Islamic Art before working with Razwan?  I did not know much. What do I know about Islamic Art after working with Razwan?  I know you use calligraphy pens : You can learn about marbling and Science just with Art.  You can also use math and learn so much. And it is really fun!!!  WELL DONE RAZWAN!  You get 99.99 per cent.”
Holmer academy pupil: “I now know that there can be lots of types of Islamic Art.  We did marbling, used bamboo pens, learned the Arabic alphabet and wrote in kufic and and did Calligraphy I really have enjoyed the week.  And we did even MORE.”

Razwan is reflective on the aims and objectives of the project, "Originally we thought we would  be introducing Islamic Art in places where Muslim-created artistic content is rare in Hereford.  However when we asked pupils in the "majority Muslim"  C of E school about Islamic Art, their responses were that they did not know a lot about Islamic Art.  We have therefore created a greater impact than we anticipated." 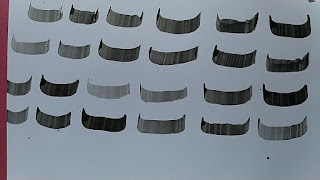 Parents also got involved at both schools.  Here we see parents at an exhibition.  Anna Keating, the Deputy, was delighted at the amount of parents that attended and commented on the wonderful atmosphere at the exhibition. 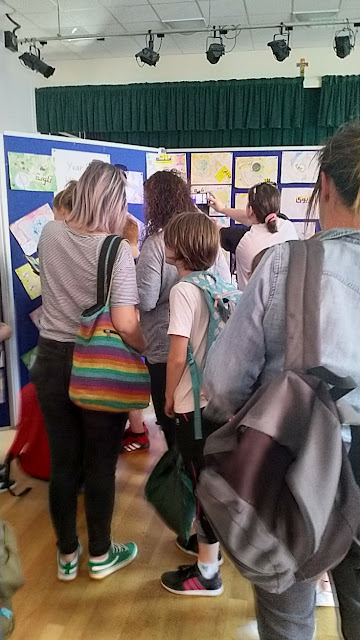 But it wouldn't be complete without showing you the final Art produced by the pupils:

I love Islamic Art and so started this blog to help schools so they have resources and guidance when teaching their pupils. This blog began in 2014 with a modest enough goal of sharing Islamic Art after a brief encounter with the Artist Razwan Ul Haq. He is a calligrapher who also visits schools.

Soon I was getting thousands of online visits.  This was followed by emails from teachers.  It has now gone onto to showcase different projects that Razwan is now doing, but we also have work by Artists such as Almir Sujkovic of America and are in touch with Lulwah Al-Homoud from the Middle East.  Please do keep visiting as we are expanding our free resources for teachers.


Here are other useful links for schools and Islamic Art: 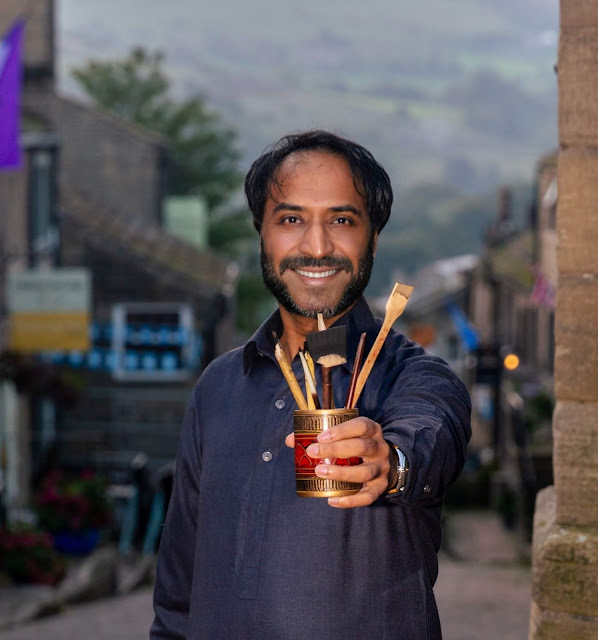 Is it possible to create experimental literature and art that engages with the general public?  CHARLIE MILLERand MO ABDI interview Razwan Ul-Haq

Razwan Ul-Haq offers a taste of the East in the North picture John Sargent
Mo Abdi: We are pleased to interview Razwan Ul-Haq about his new book Phobiastan.   Could you take us right back to the birth of this project?Razwan:  Certainly. Bradford Council Arts team commissioned me to do an intervention, and the idea to write the Art Novel Phobiastan was born.  I wanted to give a voice to the voiceless but do it in a new way. It did not seem likely to happen as in times of austerity, funders tend to be less experimental.  But  support from the Arts Council and BluemooseBooks made this project possible.   Charlie Miller:  When I received my review copy, the thing that struck me most (apart from the title) is the unusual format.  Having read the whole book, there is an almost non-linear narrative. Was it dif…